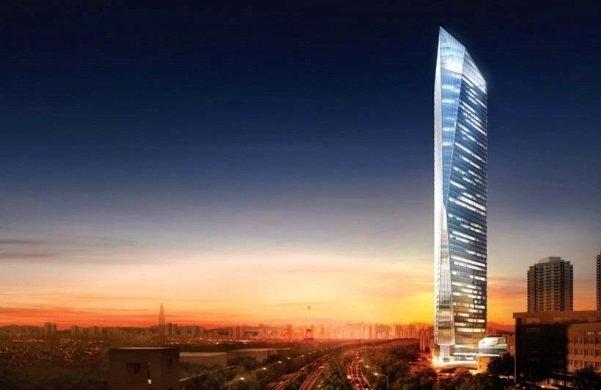 KONE, a global leader in the elevator and escalator industry, has won an order to supply 31 KONE high-rise elevators to OCT Tower, a mixed-use development comprising offices and a commercial center.

Standing at a height of 300 meters after completion, OCT Tower will not only become an urban visual landmark, but also a synthesis of space, structure and façade. KONE will be supplying 26 KONE MiniSpaceTM elevators and 5 KONE Double Deck elevators with a maximum speed of up to 6m/s. Special features include KONE Destination Control System and KONE Access(TM) Control System, which will help boost and manage the skyscraper's people flow in a more intelligent way.

"Shenzhen is a thriving metropolis of over 12 million whose population in the past decade grew 56%. We're excited to bring ease, effectiveness and best experiences with our people flow solutions to this rapidly growing urban hub", says William B. Johnson, Executive Vice President for KONE Greater China. OCT Tower is developed by Shenzhen OCT Properties Co., Ltd, and built by China Construction Third Engineering Bureau Co., Ltd. The development is expected to be completed in 2018.

The order was booked in the first quarter of 2017.

Read more  Previous press releases on KONE's orders are available at www.kone.com/press including:

About KONE At KONE, our mission is to improve the flow of urban life. As a global leader in the elevator and escalator industry, KONE provides elevators, escalators and automatic building doors, as well as solutions for maintenance and modernization to add value to buildings throughout their life cycle. Through more effective People Flow®, we make people's journeys safe, convenient and reliable, in taller, smarter buildings. In 2016, KONE had annual net sales of EUR 8.8 billion and at the end of the year over 52,000 employees. KONE class B shares are listed on the Nasdaq Helsinki Ltd. in Finland. http://www.kone.com

Are you interested in KONE as a corporate business or a career opportunity?